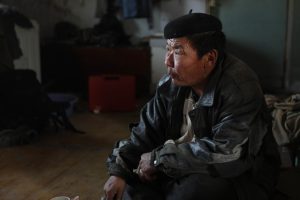 Let’s explore the story a leading man told himself. This man led a nation for 40 years and ended up seeing where the nation was headed but was denied entry into that promised future. This man Moses tells himself and the people who follow him:
I wondered to myself why did Moses feel compelled to tell us three times of the Lord’s anger with him? I began to wonder if Moses was playing the blame game? What exactly happened here?
Let’s check some other translations… I see “the Lord was furious with me”, I see “the Lord was wroth with me”. Every translation I find says the Lord was “angry with me (Moses is speaking) because of the people” (implying their rebellion at Meribah). Let’s go back and study what actually happened.
Twice Moses faced the same challenge – a nation bitterly complaining about a lack of drinking water. The first time God instructed him to strike a rock, the next time to speak to the rock.

It is the second instance where the problem arose. This is what Moses actually did –

And Moses took the staff from before the Lord, as he commanded him.

10 Then Moses and Aaron gathered the assembly together before the rock, and he said to them, “Hear now, you rebels: shall we bring water for you out of this rock?” 11 And Moses lifted up his hand and struck the rock with his staff twice, and water came out abundantly, and the congregation drank, and their livestock.

What did God say after the actions of Moses and Aaron?

And the Lord said to Moses and Aaron, “Because you did not believe in me, to uphold me as holy in the eyes of the people of Israel, therefore you shall not bring this assembly into the land that I have given them.”

I wasn’t in the room, and neither were you. What, I wonder, was God’s tone of voice? What emotion was God feeling at the disobedience of Moses and Aaron? Anger? Disappointment? Sorrow?

Was the result a punishment given out of anger?

Was it a natural consequence for not obeying an instruction – similar to, “Don’t touch the hot stove,” resulting in a nasty burn for the child who disregarded a parent’s command?

What I do see are further reminders of the consequences:

Is it possible that Moses misunderstood God’s demonstration of his holiness (Numbers 20:13) and he interpreted the natural consequences of disobedience as a display of anger and punishment?

What if, in fact, Moses was still grieving the loss of his sister (from Numbers 20:1) and was not in an emotionally healthy place? What if it was his inability to respond as the Lord commanded that brought about those painful consequences? Sometimes the pressures are just so intense! 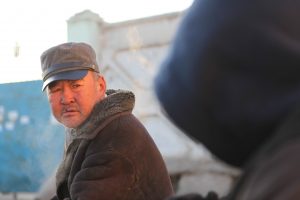 But that doesn’t change the fact that he didn’t obey. And Moses chose to tell the story the way he understood it – based on his perceptions.

I wonder how many of the stories I tell myself are based on my perceptions and not the way the Lord sees things?

What stories do you tell? And what are they based on?

This site uses Akismet to reduce spam. Learn how your comment data is processed.