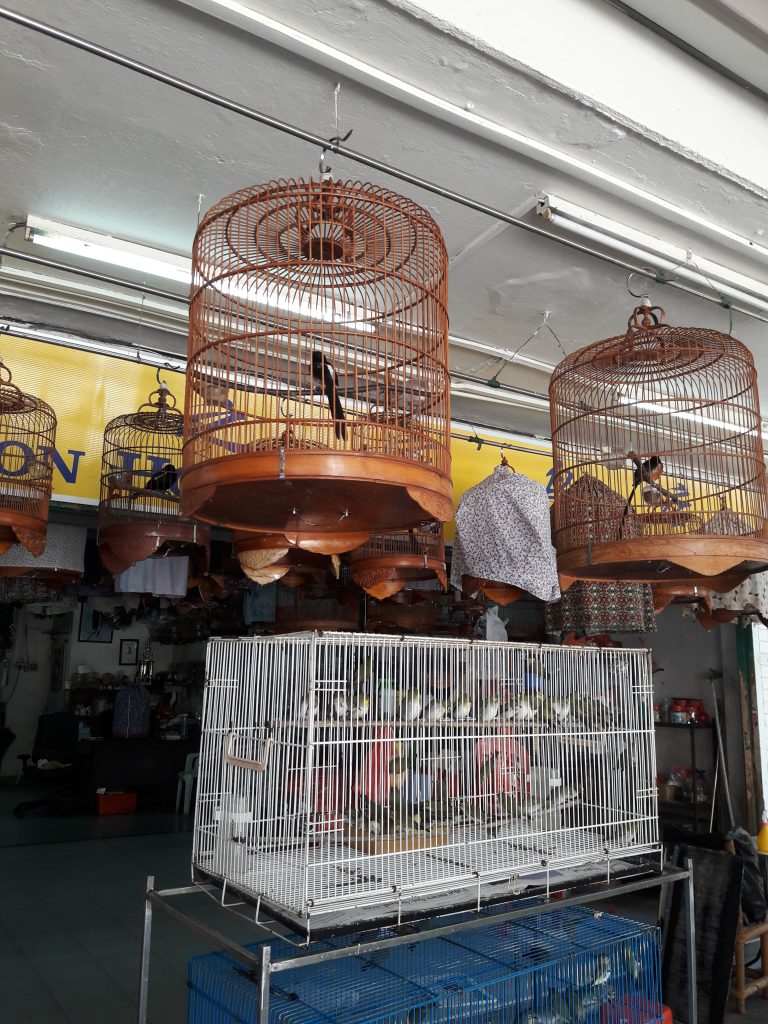 A city of contrasts is my host city. Birds flying in unison, free. Birds singing in a cacophony, caged.

This week thousands of Asian openbill storks have been spotted flying across the nation. Thanks to Au’s father for his photos of what he spotted. 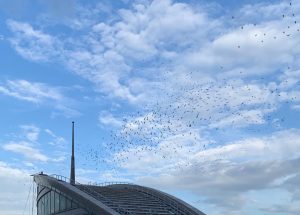 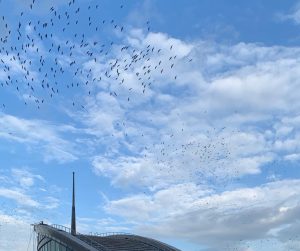 But birding is also a pastime favored by some older men here in Singapore. While trying to deliver our food hamper earlier this month we stumbled upon a neighborhood where birds and all things related to the keeping of birds could be bought and where birders congregate to listen to caged birds sing. These places are called “bird-singing corners” and the groups who gather “bird-singing clubs“.

I think of the poem by Maya Angelou, Caged Bird, and ponder…

Two stanzas jump out at me:

on the back of the wind

till the current ends

and dips his wing

in the orange sun rays

and dares to claim the sky.

with a fearful trill

but longed for still

and his tune is heard

on the distant hill

for the caged bird

But perhaps all of our cities are ones of contrast – cities of caged birds and cities of free birds. Which bird do you identify with? Is it possible for a caged bird to become free? And what would it take?

The one whose birth we celebrate this week tells us

The Lord has anointed me to bring good news to the poor; he has sent me to bind up the brokenhearted, to proclaim liberty to the captives, and the opening of the prison to those who are bound (Isaiah 61:1)

Who do you know who needs this good news of liberty and freedom?